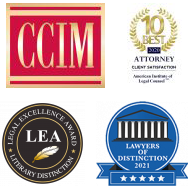 Now you have your syndication put together. You’ve got your PPM, your operating agreement, and the subscription escrows underway. You’ve marketed the investment and had those conversations. You’ve pitched it, and you have some interest.

So what next? How do you get the money from the investor who’s interested into the bank account so that it can be ready to close? This is the step we call “latching investors” – latching them into your syndication. And we’ll go through it step by step.

For the purposes of this discussion, I’m going to assume that you are doing a 506C. The only difference between a 506C and a 506B is that a 506B doesn’t have the third party verification of accredited investors. And so there are a few more steps with five or six seats. So that’s why we’re going to use the 506C as our model.

The Process of Latching Investors

Let’s say we have an investor who has now said to you that they are in it for $200,000. This could either be a soft commit or a firm commit; it depends how you want to categorize it. I like to categorize this as a soft commit, because I’ve got just a verbal word, but we haven’t gone through the accreditation process. I don’t like firm commits until later on, when we’re getting ready to wire that money, and then we can decide what amount to put on the subscription agreement.

The next step is to get them accredited. Almost always it’s a smart move to use a third party verifier. So what they will have at the end of the day is someone else taking their own independent objective view of this person and deciding whether or not to believe it. They’re an accredited investor. So if later down the line, there’s an issue of due diligence on your investors, you can say you used a third party, which is what will matter.

A third party will look at the investor in one of four different mechanisms.

A letter from a professional with knowledge about their financial situation will be required. This means their tax accountant, their CPA, their lawyer, their money manager, things like that. And number four, because of new legislation, do they have a securities license? This is now allowed to qualify people to be an accredited investor.

So between those four things, hopefully one of those is true. If it is true, the third party will come back and they will issue a certificate. Normally, these certificates are only good for 90 days. So you want to do this evaluation within a reasonable timeframe of taking the investor’s money.

Once they’re issued a certificate, now you have a real accredited investor. The next step after that is to go to the subscription agreement. They’ve already prepared this, and they should have already told you whether or not their attorney has reviewed it, or whoever they want to review should review it before you go through the accreditation stage. So now there’s the subscription agreement, which they review and sign.

Now let’s talk about whether money should go to your bank or an escrow. This decision is up to you. You may find that in some areas, it may just be easier to give that money to an escrow company and have them hold on to it. I haven’t found wiring to the bank to be an issue, but if you haven’t built up a good reputation as a syndicator yet, you might come across this. Also, having a license gives you a lot more to lose if you were to do anything suspicious, so a license might help build trust. 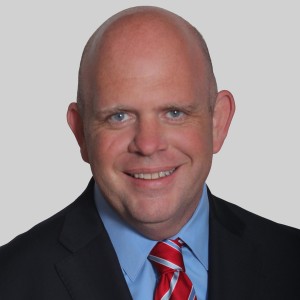